The Legend of Freezinghill Lane 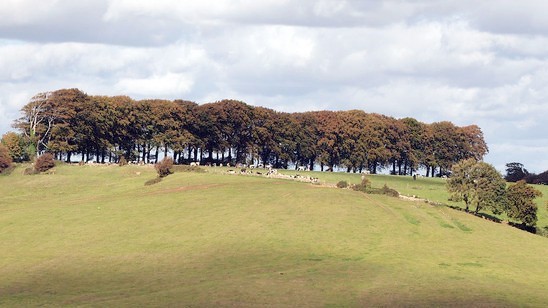 It may sound like something out of a children’s story, but the legend of Freezinghill Lane in the justly named village of Cold Ashton in South Gloucestershire is anything but a fairy-tale.

Freezinghill Lane is famous amongst local residents for many things, not just for being one of the highest points between the cities of Bristol and Bath. On Freezinghill lies a landmark known locally as the ‘Caterpillar.’

The Caterpillar landmark comprises a defined line of fifty-plus beech trees, which make quite a visual statement. The trees were planted hundreds of years ago, although the gardener and their reasons have been lost to history.

To understand the stories surrounding Freezinghill Lane, you must first look at its history. Towards the start of the English Civil War in 1643, Freezinghill Lane and its neighbour Lansdown Hill saw the Battle of Lansdown.

Sir William Waller’s Parliamentary army fought to defend the hill against the Royalist forces, who were under the command of Sir Ralph Hopton. The two sides fought from dawn to dusk. However, under the guise of nightfall, the Parliamentarians slipped away.

It may seem that the Royalists won hold over the hills, yet the parliamentarians came away rather unscathed having lost few men in contrast to the Royalists, who were forced to withdraw to nearby Devizes.

Over the years, there have been many mysterious sightings and apparitions of 17th-century figures, roaming the landscape.

Freezing Hill and the neighbouring Lansdown Hill are beautiful pieces of land for long open walks and to soak in the views. Who knows what you may find? To learn more about Freezinghill Lane and the Battle of Lansdown, read our guide here.